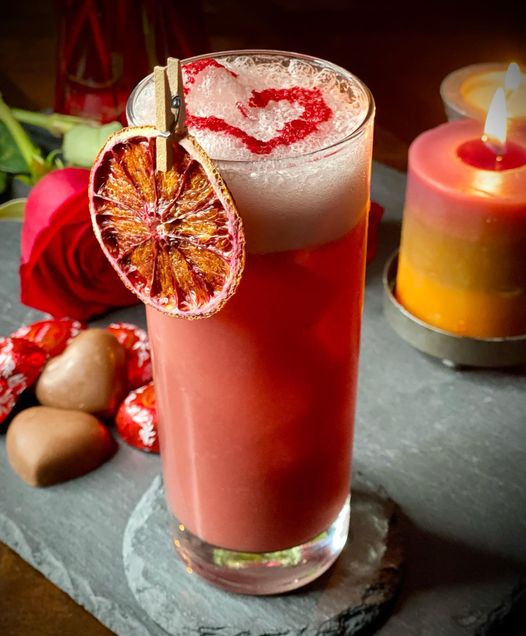 In a shaker or a mason jar with a couple small cubes of ice, add 2oz of White Pup(similar to vodka, but with a cereal sweetness) and .5oz of Chicken Bones Liqueur ™. (Chicken Bones Liqueur ™ is a real chocolate liqueur with cinnamon. It’s thick consistency and richness adds a lot of flavour with just a drop.)

Shake until you can’t hear the ice, then strain into a 12oz glass filled with ice.

Garnish with blood orange. I used a dehydrated wheel.

I used a cookie stencil and raspberry powder to make a heart shape on top of the drink. 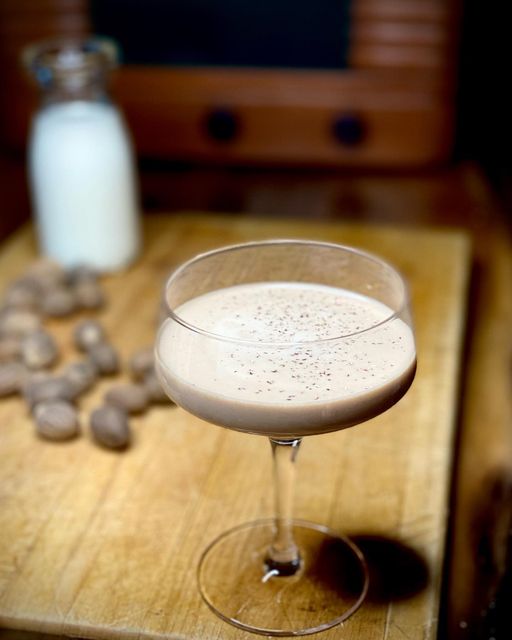 The Brandy Alexander is a drink dating back to the 1920’s. It was rumoured to be John Lennon’s favourite drink. Here is our riff on the classic cocktail using our own craft spirits.

Place ice in a coupe or martini glass for the purpose of chilling the glass.

In a shaker or mason jar, add 2oz of Kings County Brandy. A wonderful brandy collaboration we did with Dunhams Run Estate Winery

This will help give the cocktail a nice frothy consistency. Empty the ice from your chilled glass and pour your cocktail into it. Grate fresh nutmeg over the drink. 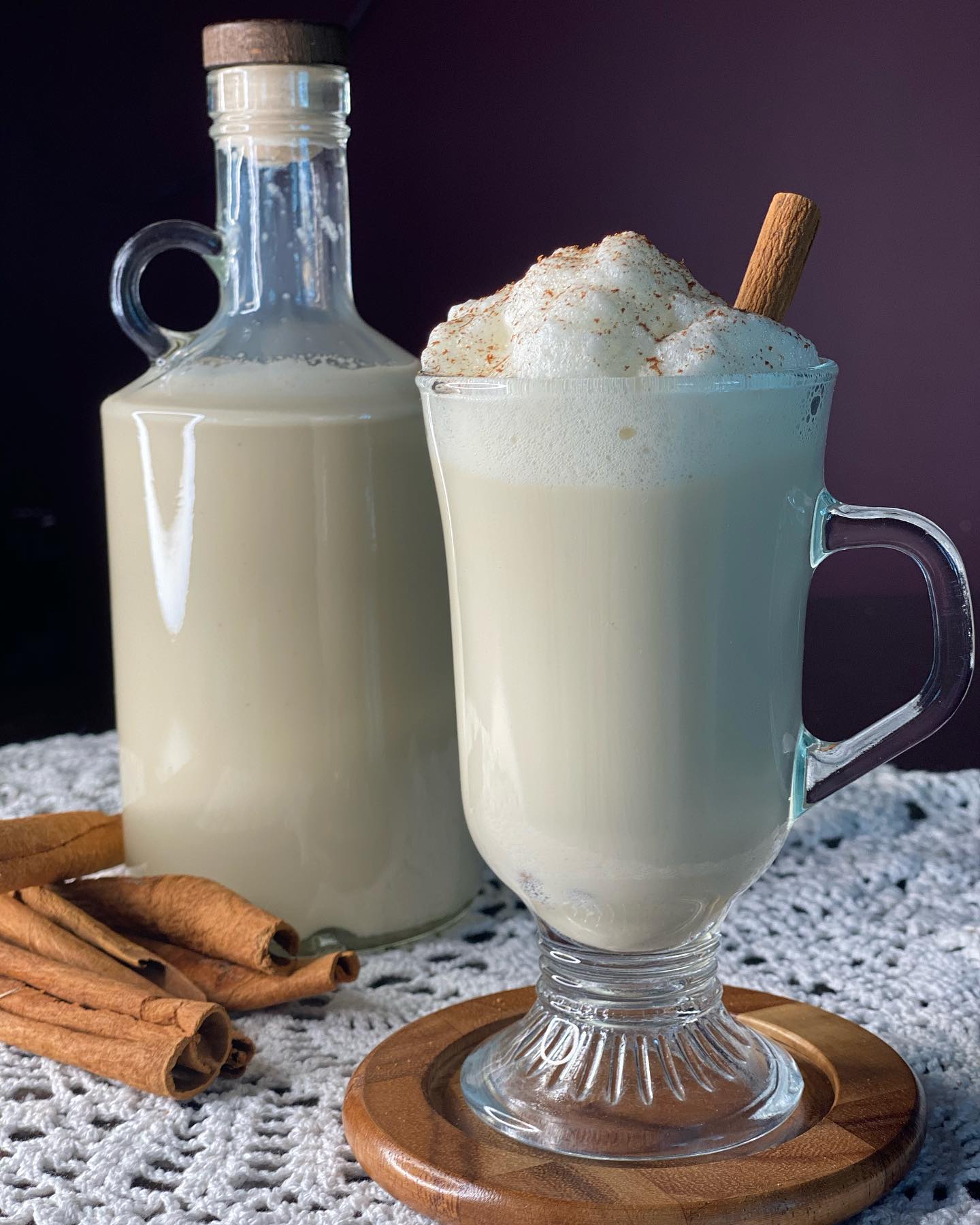 In a large bowl, beat together the egg yolks and half a cup of sugar until they turn light in color.
Stir in the milk, heavy cream Chicken Bones Liqueur™.

In a separate bowl, beat the egg whites with the remaining quarter-cup of sugar until they form soft peaks.
Fold about a third of the egg whites into the yolk mixture.

Serve in punch or tea cups. You should have enough for about eight servings in 8oz cups.

Top with freshly grated cinnamon , folding in more of the egg whites as desired.
Bottle and refrigerate for up to 2 weeks.

* This is meant to be a lower abv% option at approximately 4.5%alc. If you want it boozier just increase the amount of liqueur. 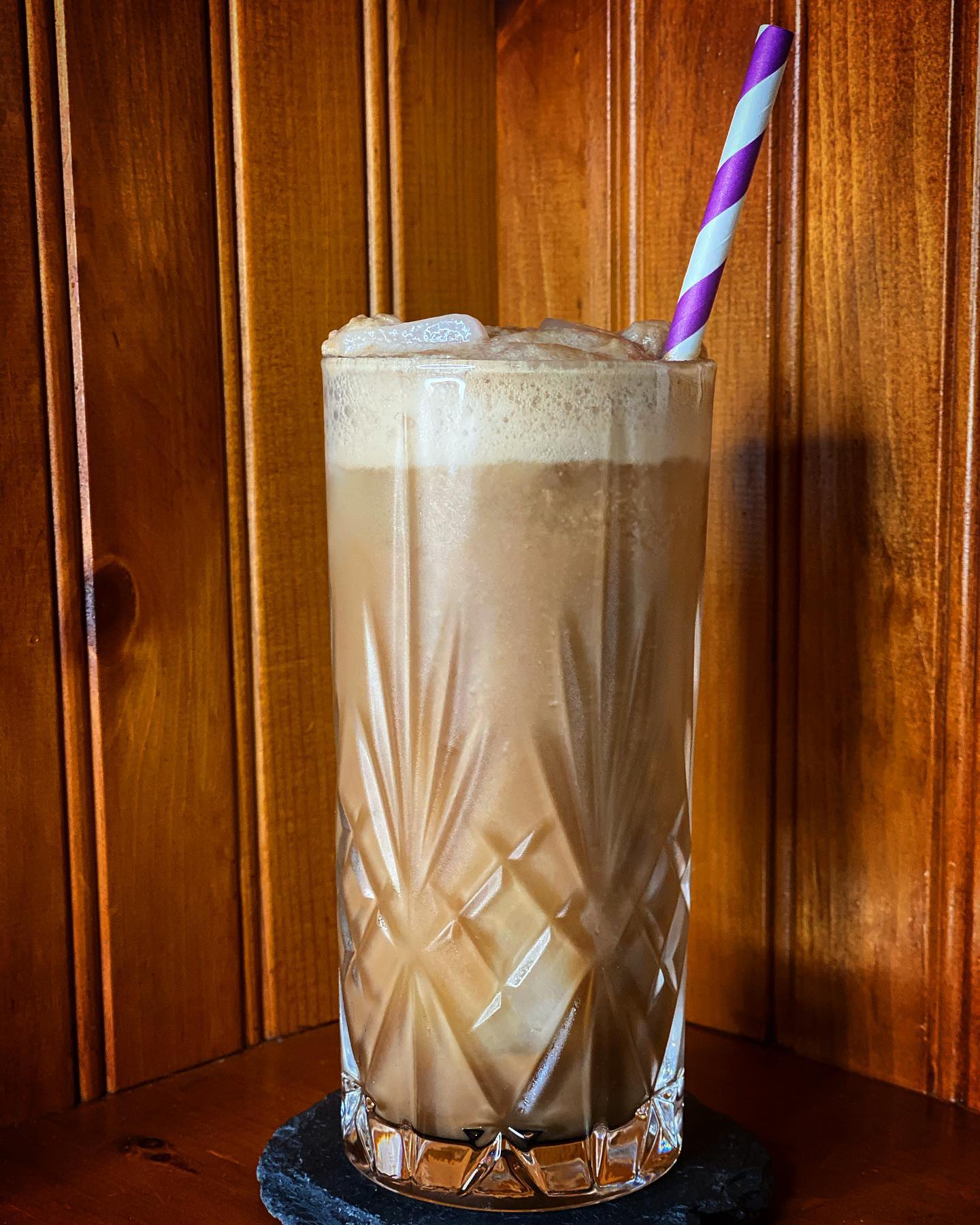 Chicken Bones Liqueur™ is a chocolate liqueur with spicy cinnamon. Its rich syrupy consistency will add a magnitude of flavour with just a few drops. Adding the liqueur to club soda will give an Italian soda like cocktail. It’s also an easy but excellent digestif for the holiday season.

Here’s how to make it:

This cocktail should use about 4-5oz of club soda in total, depending on the dilution of the ice when you stir. 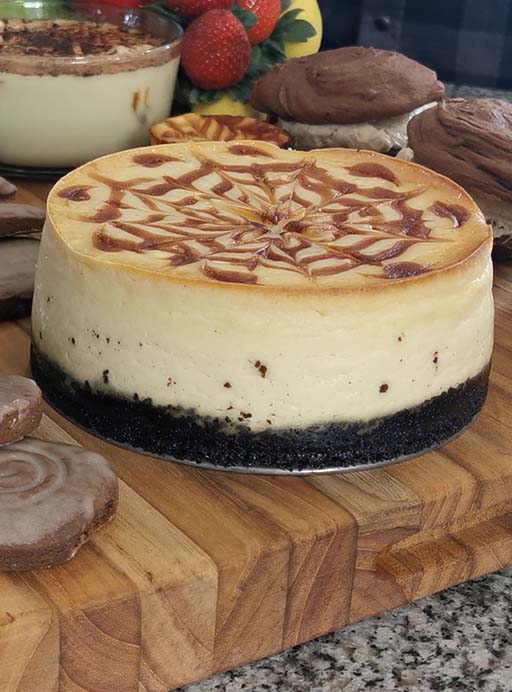 Make a cool swirl on top of cheesecake with 2 tablespoons of Chicken Bones Liqueur.
Bake in 305 degree oven for 1 hour and forty minutes. 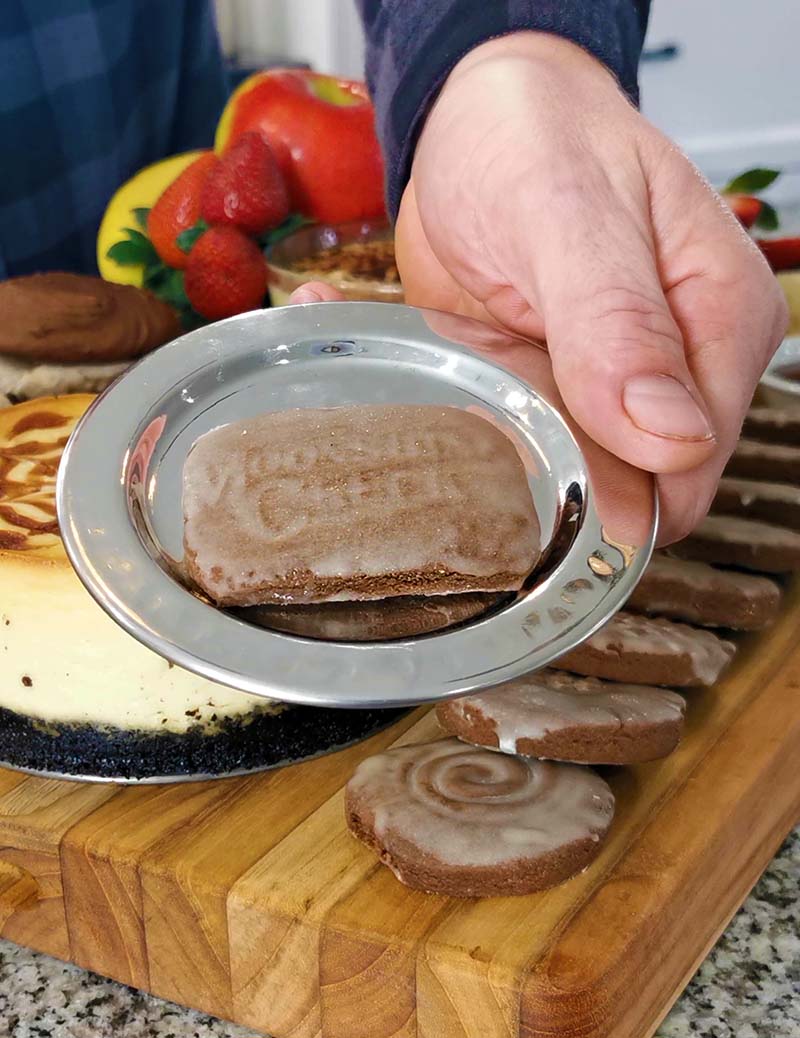 Sift together dry ingredients then fold in. Dust cutting board with flour. Press to desired shapes and bake at 375 for 12 min. Let cool.

Mix wet ingredients then add dry ingredients. Do not over mix. If too runny add 1/2 cup more flour. Bake at 375 for 8-10 minutes.

Mix butter, sugar and Liqueur well then fold in fluff with spatula.

Whisk eggs and sugar on double boiler until thickness of custard and let cool.

Whip cream to stiff peaks. Mix custard and cheese together then fold in whipped cream with spatula.

Spread filling in dish of your choice about 1 inch thick. Dip enough lady fingers in coffee and liqueur mixture and fill in layer. Reapply layer of filling. Then another layer of dipped lady fingers. One last layer of filling and dust with cocoa powder. Chill and serve.